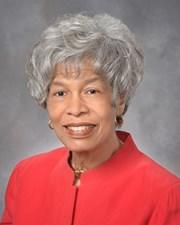 Katherine Tyler Scott is the Managing Principal of Ki ThoughtBridge, a company specializing in an integrated adaptive approach to leadership development through change management, conflict resolution and negotiation skills. Ki ThoughtBridge’s mission is the transformation of individuals, organizations and communities.

Katherine holds a bachelor’s degree from Ball State University, a Master’s degree in Social Work from Indiana University, and an honorary doctorate in Public Service from Christian Theological Seminary. She is a licensed Clinical Social Worker, has completed post graduate work in supervision and organizational development. Katherine is certified in conflict resolution, mediation, and negotiation by The Harvard Negotiation Project and is licensed to administer and interpret the MBTI.

Following her career as a clinical social worker and administrator, Katherine was a consultant to the Lilly Endowment and developed and directed the Lilly Endowment Leadership Education Program, a statewide leadership education initiative for professionals in the youth service field. She has developed leadership curricula and training programs and resources for the Community Leadership Association, and several state and national institutions.

Katherine was the Founding Director of Trustee Leadership Development (TLD) a program that worked with over 50,000 leaders and consultants; and 1,000 organizations across the country.

Katherine is currently Chair of the International Leadership Association Board and represented ILA on a Panel of Leaders composed of scholars and practitioners selected to write on issues related to leadership for the Washington Post and the New York Times.

Katherine is a founding member of the Indianapolis chapter of the Coalition of 100 Black Women, Past President of the board of the Consortium of Endowed Episcopal Parishes, Counsel to the president of The House of Deputies, and is a former trustee of the Church Pension Fund of the Episcopal Church.

Katherine is a recipient of the Sagamore of the Wabash, an honor the Governor of Indiana bestows on citizens who have contributed to their community. She received the first Indiana Youth Institute’s Pathfinder Award for her work in leadership education, and is a recipient of the Edna B. Lacy Service Award for her contribution and service to the Indianapolis community and the Stanley K. Lacy Alumni Association. Katherine also received the Distinguished Leadership Award from the National Association for Community Leadership. Katherine was named a “Woman in the Forefront” by the Indianapolis Business Journal and Indiana Lawyer publications in 1998. She was honored by the Indianapolis YWCA as a Woman of Achievement and was presented with that organization’s Phyllis Wheatley Award for her work in race relations and received the Hoosier Heritage award for leadership.

Katherine has written extensively on the topics of leadership, governance, organizational development, and change management. She is the author of Creating Caring and Capable Boards: Reclaiming the Passion for Active Trusteeship; The Integrated Work of Leadership© and The Inner Work of the Leader®: Discovering the Leader Within, and Transforming Leadership. She has written numerous articles and is a contributing author to several books including: Stories From the Circle: Women’s Leadership in Community, Cutting Edge Leadership, and Spirit at Work, edited by Jay Conger and published by Jossey-Bass.